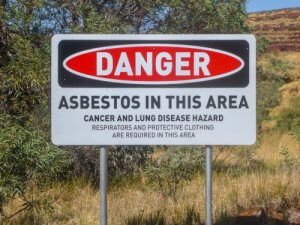 The dangers of asbestos are now widely known, as inhalation of asbestos fibres causes a range of lung diseases and cancer. Although asbestos has been banned as a building material for decades, historically the material was widely used as an insulator and for fireproofing. Asbestos that lays dormant or that is well maintained doesn‚Äôt pose an imminent threat however the moving or dislodging of asbestos fibres or boards spreads the fibres into the air from which they can be inhaled into the lungs. Heavy industries may have seen workers exposed to this deadly substance as well as occupations in which employees were working in a building or structure that was insulated with asbestos.

The fibres could also have been inhaled when someone is cleaning the clothes of a worker who was in contact with asbestos. At Thompson & Co Solicitors, we have acted for many years for our clients who have worked in heavy industries. This includes construction, demolition, coal-mining, engineering and shipbuilding. Whether you have been exposed to asbestos negligently directly or from in-direct contact, (such as cleaning the clothes of a worker who has asbestos fibres on their clothes) you may be entitled to compensation. In this article, we will discuss historic use of asbestos as well as how you can make a claim. If you are looking to make asbestos claims in Newcastle then enquire with Thompson & Co Solicitors today or telephone our team of solicitors now on: 0191 5656290

The Discovery of the Deadliness of Asbestos

Asbestos was suspected to be causing illnesses as early as the ancient Greek and Roman times with reports of asbestos miners becoming ill from the mines. It‚Äôs likely that the extended period of time that it takes for many asbestos related illnesses to appear was the reason that the threat that asbestos posed to workers was not identified sooner. Reports on the risk of asbestos appeared in 1918 and in 1930, Asbestosis was discovered and accredited to exposure to asbestos. This also recommended ventilators and specialist equipment to ensure that workers were protected against the risk. Dr, Merewether‚Äôs report led to industry regulations being instituted on UK asbestos factories to protect them from the dangers of asbestos with the link to cancer from asbestos exposure first being made in 1934.

1943 saw the first medical discovery of a mesothelioma-like tumour further revealing the diseases that were becoming directly associated with exposure to asbestos. By 1964, widespread disease was found among workers in the asbestos industry which all but confirmed that asbestos was directly leading to a multitude of lung diseases and cancer and in 1967, the first successful personal injury claim in the UK was filed; paving the way for victims of negligent exposure to asbestos to be able to claim compensation for mesothelioma, asbestosis and other diseases related to asbestos exposure. By 1999 – asbestos was banned as a material in the UK. 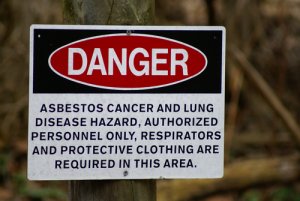 As discussed, if you are suffering from an asbestos-related disease due to negligent exposure by an employer then you may be entitled to make a claim and claim compensation. Should you be suffering from or if an individual has suffered from and has passed away from Pleural Thickening, Pleural Effusion, Asbestosis, Asbestos-related Lung Cancer Mesothelioma then it is highly recommended to contact one of our solicitors. Pleural Plaque is currently not a claim in which you can claim compensation however if you suffer from any of the other illnesses associated with exposure to asbestos then you can still pursue a claim. The team of solicitors at Thompson & Co Solicitors are available to support you during your claim and we pride ourselves on our commitment to offering you a compassionate and professional service. Our approachable solicitors will represent you from the beginning to the end of your case on a no win no fee basis. Family members or other relatives of individuals that have been exposed to asbestos may also be able to make a compensation claim if they develop an asbestos-related disease from asbestos brought home on work clothes. Should a claimant be deceased then you can still pursue a claim (if you were the husband, wife, dependant or personal representative for example and there is evidence they suffered an illness related to asbestos exposure. To do this you must ensure that following the person‚Äôs death the local coroner is informed and a post-mortem is arranged.