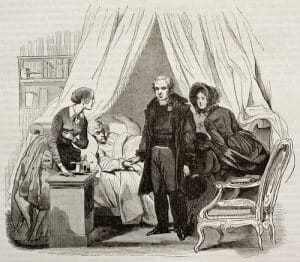 Although it might come as a surprise, claims for compensation for medical negligence against medical practitioners and professionals was very rare prior to the 20th century. Due to several advancements and significant cases in the law, medical negligence claims and personal injury law surrounding medical negligence evolved into the laws that exist today.

If you are looking to find out more information regarding medical negligence claims or making a medical negligence compensation claim then enquire with Thompson & Co Solicitors using an online contact form on our website or telephone our team directly now on:¬Ý0191 5656290

It‚Äôs often a common assumption to think that medical negligence existed in ancient history and the medieval period but this wasn‚Äôt necessarily the case. Claims were very rare and although there were established laws to convict medical practitioners, these didn‚Äôt specifically cite rights or responsibility for compensation due to medical negligence. For example, in Ancient Greece a medical practitioner could be charged with the murder of a patient but this was in theory and there was no legislation that awarded compensation to the victim.

Lex Aquilia was a Roman law set in the 3rd century. This law is one of the earliest pieces of negligent compensation legislation and defined that compensation could be provided to the owners of property injured by another person. This law was a fundamental precursor to medical negligence legislation, establishing a disambiguation from crime and grounded action in favour of compensation for a victim of negligent action.

Initially the legislation dealt specifically with direct damage caused by a person such as killing of slaves or cattle and destroying property by burning it or breaking it. The legislation further developed to update the definition of breaking to include actions that indirectly caused damage such as polluting land. Violence could also be adopted against the negligent party if they reused to take responsibility and this also included the ability for both parties to be deemed to blame for negligent actions – seeing the introduction of the foundation of shared blame that we see today.

The Establishment of Duty of Care – Underpinning Negligence Claims 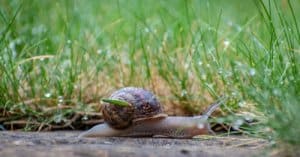 As discussed in our previous article, (and jumping forward over 1000 years) contract law was the only real way to make claims for any negligence claims as well as medical negligence claims in the early modern era which made it very difficult for patients to make claims for negligent treatment. The establishment of duty of care arguably wasn‚Äôt clear legally and claims against medical practitioners during and earlier than the 19th century were always based on a breach of contract rather than a breach of their duty of care for a patient. Breach of contract was effective for areas such as disagreements over products or trading but it was extremely rare to be able to claim for compensation against a medical practitioner or professional (as contract law couldn‚Äôt be easily applied to a doctor and his or her patient.)

We discussed the case in great detail in our last article however it also applies significantly to medical negligence law and claims for medical negligence. The case of Donoghue v Stevenson in 1932 (in which Mrs Donoghue contracted gastroenteritis from a ginger beer that had a decomposing snail floating in the bottle) was eventually brought to the House of Lords. This case was a turning point in all personal injury cases as the House of Lords established a clear difference between contractual relationships and negligence. In essence, the manufacturer had a duty to ensure reasonable care and not to cause injury to their customers or anyone who were using their products. This established a precedent for personal injury cases going forward into the modern day.

The case itself was a dispute from Mr Bolam against the Friern Hospital Management Committee. Mr Bolam was a voluntary patient at Friern Hospital which was a medical health institution under the governance of the Friern Hospital Management Committee. Whilst a patient, he agreed to undergo the controversial electro-convulsive therapy. This type of therapy was controversial due to its violent nature, often due to the fact that patients would convulse during treatment. Mr Bolam flailed about violently before the medical practitioners stopped the procedure and he suffered serious injuries including fractures of the acetabula (around the pelvis.) He argued negligence occurred because he was not issued relaxants, he was not restrained and he was not warned about the risks.

The judgement (after receiving information from expert medical professional witnesses) deemed that doctor‚Äôs standards of care must be higher as they have professional skills. However, it was common practice not to warn patients of the risks when there were little risks and restraining a patient during the treatment could sometimes increase the risk of fractures occurring. Muscle relaxants were also not seen in an ideal light by the medical profession and so the jury deemed that no negligent treatment had occurred. At this point, juries were still being used for tort cases in England and Wales so it was up to the jury to decide if negligent treatment had occurred.

Implications of the Bolam Test on Modern Medical Negligence Cases

To make a medical negligence claim, proving the medical practitioner will depend on whether the treatment you received was to a standard that could be reasonably expected. One must also prove that your injuries would not have occurred if it was not for negligence caused by a medical practitioner. In some cases the injury may have occurred regardless of negligence occurring such as when an injury was due to an illness being treated. The stage in which you will need to obtain a medical report from a medical expert stems directly from the Bolam v Friern Hospital Management Committee case. This advises whether treatment provided was negligent and whether the injury would have occurred even if negligent treatment had not taken place. ‚ÄòThe Bolam Test‚Äô still exists today and this is reflected in the need for medical witnesses to attest as to whether they think that negligent treatment has occurred using their professional knowledge & experience. 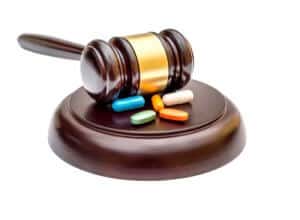