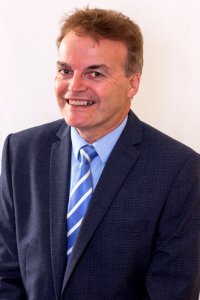 Senior Solicitor and Principal of the Firm.

He subsequently worked in a number of general high street solicitors at Mark Gilbert Morse Solicitors in Newcastle and Grunhut Makepeace & Duffy in South Shields.

He became a partner at Treanors Solicitors in Sunderland in 1993 dealing exclusively with Industrial disease claims Â He developed a large caseload of VWF claims against British Coal and litigated a number of these cases. He was at the forefront of making representations to the local Legal Aid Board to ensure funding remained in place when it was significantly under threat. Following the British Coal Vibration White Finger cases becoming part of a Group Action he successfully applied for the Legal Aid Contract to pursue/manage/ co-ordinate the VWF litigation against British Coal.

In 1995 he set up his own firm â€“ Thompson & Co. – to deal exclusively with Personal Injury claims. He has developed the firm through a combination of marketing and personal reputation / word of mouth of clients. Throughout the lifetime of the firm he has never used any referral agencies such as claims management companies etc.

Philip successfully conducted two of the test cases for Vibration White Finger against British Coal and played an active role on the Steering Committee both throughout the litigation and subsequent negotiations with the Government. As part of his role he advised other firms pursuing Vibration White Finger cases in relation to the operation of the Claims Handling Arrangement.

He has continued to deal with all aspects of claims from initial instruction to settlement maintaining a varied caseload dealing primarily with clinical negligence, Industrial Disease and higher value/ more complex claims. He has considerable experience of litigating cases to trial.

Philip has excellent negotiation skills and has attended many Joint Settlement Meetings which in some cases have led to seven-figure settlements.

He successfully represented a child in relation to Cerebral Palsy suffered at birth involving both the Health Authority and medical equipment supplier.

He has a great deal of experience in dealing with a wide range of complex and high-value personal injury and medical negligence claims including:-

He also represents clients in claims for

In his spare time he enjoys watching most sports but particularly football (he supports Stoke City), NFL, horse racing & golf.

He used to regularly play golf & tennis but time and family now rarely allows this. 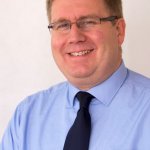