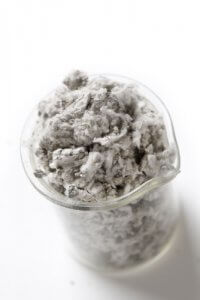 Asbestos has been accredited to a wide range of lung diseases which are caused by the inhalation of asbestos fibres. The fireproofing and insulation properties of asbestos meant that it saw wide use in a range of different industries. However, the dangers of asbestos became apparent with a wide range of workers and family members of workers contracting lung diseases or illnesses such as Lung Cancer, Mesothelioma, Asbestosis and inflammation of the pleura of the lungs which can cause Pleural Thickening, Pleural Effusion and Pleural Plaques. The asbestos industry resisted attempts to regulate and ban the substance for many years which has led to the eventual wide-scale ban of asbestos across many countries.

As Asbestos was heavily used as an insulation or fireproofing material right up until the 1980s and some of the 1990s, asbestos was used extensively in many heavy industries and in many buildings and structures. Direct mining of asbestos, construction workers, industrial workers, shipyard workers and firefighters are among the numerous professions that may have been exposed to asbestos. As asbestos was used so widely in the insulation and fireproofing of buildings, many more may have been exposed to asbestos.

If you feel that you have been negligently exposed to asbestos by an employer then you may be liable to claim compensation. Thompson & Co Solicitors has supported our clients in making asbestos-related claims for many years. If you require more information on asbestos claims, enquire with our team using a contact from on our website or telephone now on: 0191 5656290

Delays in Identifying Asbestos as a Dangerous Substance

The dangers of asbestos were widely suspected throughout history with the first documented death from asbestos due to pulmonary failure was recorded by Dr. Montague Murray at Charring Cross Hospital, London. So why was it that it took so long for asbestos to be banned as a building material and for the dangers of asbestos to be officially recognised? Asbestos was a widely used material and it was difficult to rally against the power of the asbestos industry. The â€ślatency periodâ€ť of asbestos-related diseases may also be a reason as to why there was such a large delay in banning asbestos in industry and in construction. The â€ślatency periodâ€ť for Mesothelioma for example between initial exposure to asbestos and the development of mesotheliomas that can be clinically identified is usually between 20-35 years. This can however be as long as 50 years and as short as 10 years. The wide-scale impact of the material would start to be seen years after the initial surge in asbestos production, so wide-scale impossible to ignore proof that asbestos was related to these diseases became apparent later in the century.

As negligent exposure to asbestos has put workers from many different industries at risk, it was deemed that compensation should be paid to workers or relatives that have contracted an asbestos-related disease due to negligent exposure to asbestos. Enquiring with a personal injury solicitor or asbestos claims solicitor is highly recommended as they will be able to support you during your case and offer the relevant legal advice to you and your family. There are others that may have been in contact with asbestos without working in industry (such as a family member cleaning a worker who has been exposed to asbestosâ€™ clothes.) If you cannot sue your former employer as they have ceased to trade, you may still be able to claim under the Workersâ€™ Compensation Act 1979.

Enquire Today to Find Out More 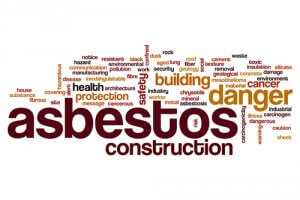